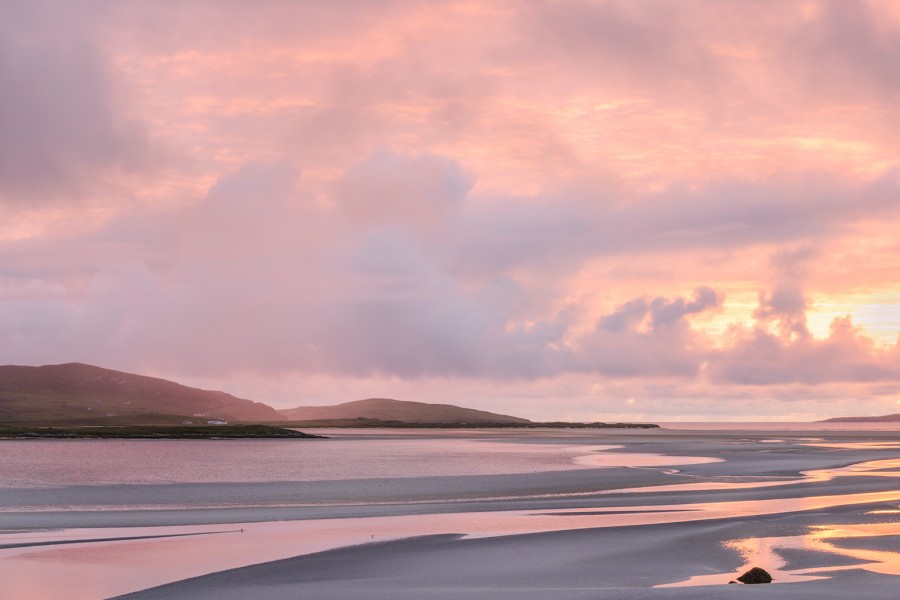 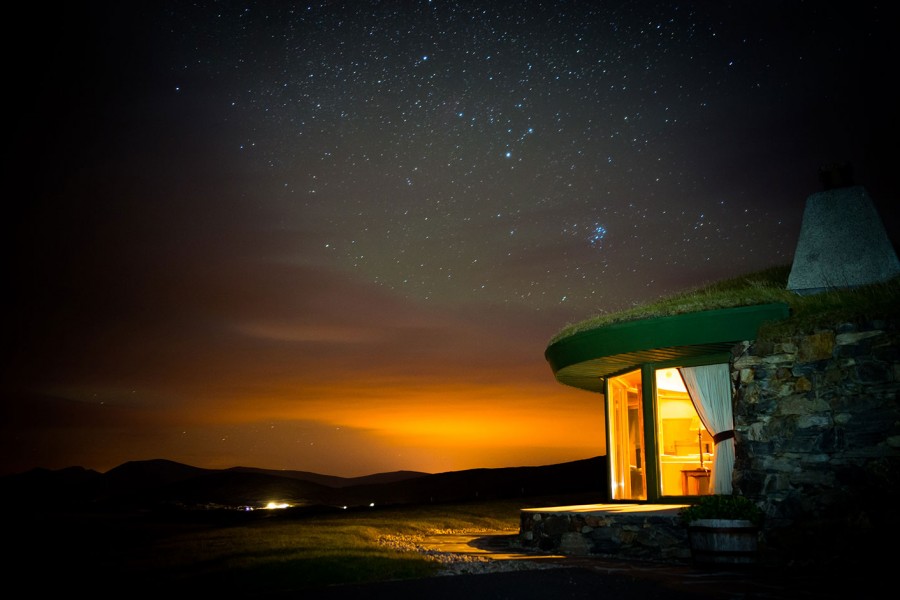 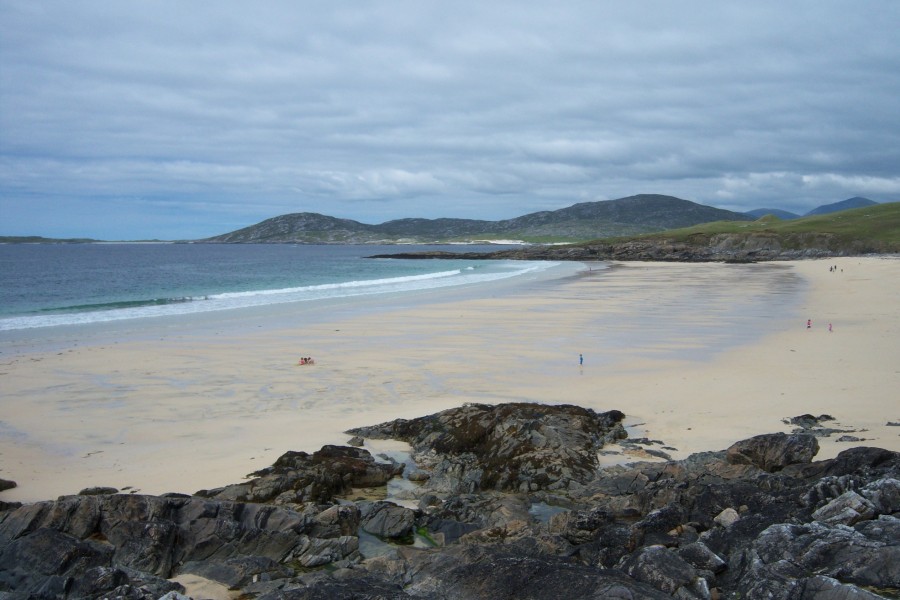 Although referred to as The Isle of Harris it is actually joined to the Isle of Lewis, but has its own unique distinct sense of culture and “island” feel. ‘Harris has  a wide range of landscapes, a mixture of spectacular beaches contrasting with rugged mountain terrain which is compared to the face of the moon. The beach at Luskentyre was voted the best in Britain and one of the top 10 in the world. Travel magazine said Luskentyre, west of Tarbert, had ‘Caribbean-white sand and Maldives-blue sea’. The small quiet “Bays” which historically were strong fishing communities are home to some of the oldest rocks formations in the world, being dated at some three thousand million years old. Harris is a scarcely populated area full of character, tranquillity, with magnificent scenery and beaches. The people are  unassuming, perceptive and very warm. The isle of Harris is the original home of Harris Tweed. 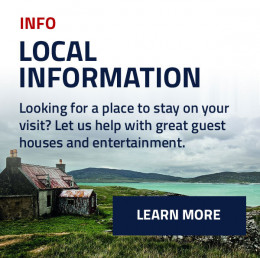